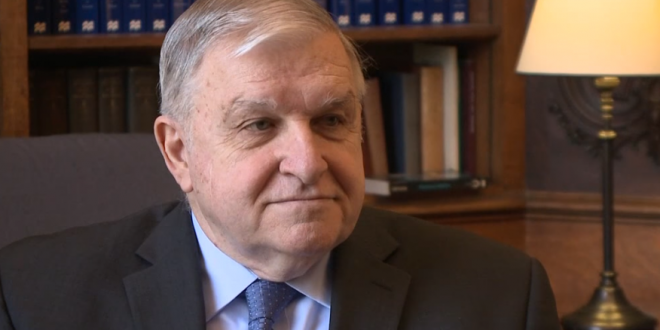 Retired military officers and veteran entrepreneurs, including seven former service chiefs, recently retired chairman of the Joint Chiefs of Staff Gen. Joseph Dunford and nine other four-stars, have endorsed a campaign to make sure military votes are counted among the avalanche of mail-in ballots.

The “Count Every Hero” effort, funded by RepresentUs — a “cross-politics” nonprofit focused on election integrity and political corruption, aims to make sure that service members’ votes are “counted before election winners are declared by candidates, election officials and media outlets.”

Chaired by retired Marine Corps Gen. Anthony Zinni [photo], Count Every Hero is promoting efforts to educate troops on registering to vote and requesting absentee ballots, regardless of duty station. “We count on our troops to fight for our freedom, so we owe it to them to count their ballots. No candidate should be declared an election winner until all military ballots are counted,” Zinni said.