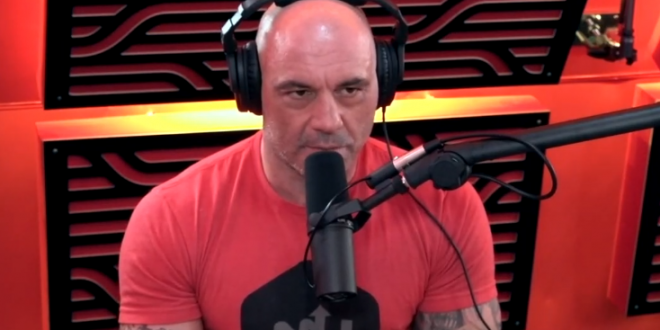 “There is more evidence that it comes out of a lab in Wuhan. That it somehow or another when they were doing these — because you know there is a level 4 lab in Wuhan.

“Bret Weinstein, who is also a biologist, was on my podcast, he was explaining — I’m not, I would butcher it if I went into detail about it — but he was explaining all the indicators that point to the fact that this was a virus that was used for research.

“And that they were using it to, you know, to learn more about or come up with strategies to defeat coronaviruses.

“And that same lab that’s in Wuhan, in 1998 — or not, excuse me, 2018 — just two years ago, was cited for safety violations.” – Joe Rogan, who just a few days ago said he was “so fucking sorry” for spreading lies about “left wing arsonists.”

Rogan’s $100 million podcast deal with Spotify has caused widespread criticism and pushback by the streaming giant’s own staffers.

Previous HHS Spox Diagnosed With Metastatic Neck Cancer, Is Now “Resting Under The Watchful Eye Of Jesus Christ”
Next WH: Trump Will Accept The Results Of “A Fair Election”