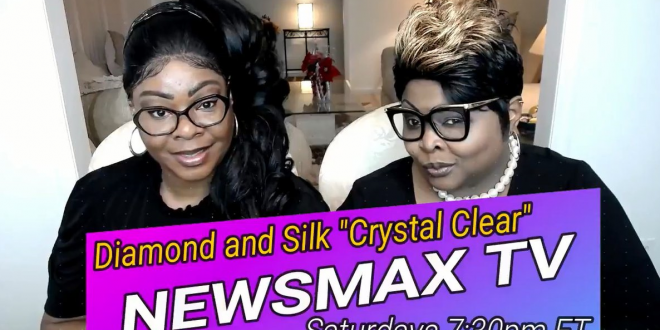 Diamond and Silk made their debut on Newsmax TV over the weekend, several months after Fox News ended their show on streaming service Fox Nation. The show, Diamond and Silk Crystal Clear, airs on Saturday at 7:30 PM ET. Diamond & Silk were sacked from Fox News’ subscription service, Fox Nation, in late April of this year after the controversial duo floated coronavirus conspiracy theories.

No public reason was given for why Fox Nation had cut ties with the pro-Trump pair, but they repeatedly courted controversy for spreading misinformation on the pandemic. In one instance, the duo urged their followers to gain immunity from Covid-19 by going out in public. The pair took a series of potshots at their old employer — going as far to encourage their supporters to “ditch and switch” Fox for its far smaller competitor, Newsmax TV.