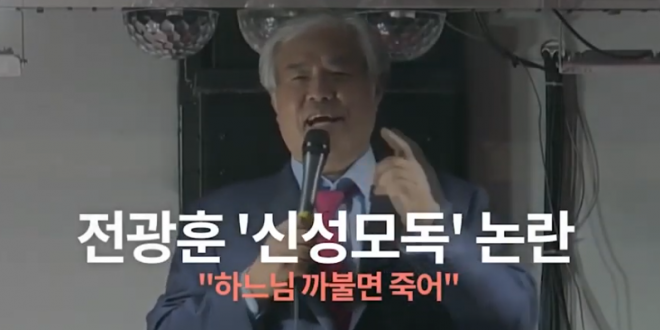 A controversial South Korean pastor tested positive for COVID-19 after participating in an anti-government mass rally on Saturday that drew tens of thousands of people in calling for the ouster of South Korean President Moon Jae-in.

Health authorities have warned against outdoor gatherings for fear of spreading the virus but many worshippers of the Sarang Jeil Church led by Rev. Jun Kwang-hun reportedly joined the protest.

More than 4,000 members of the church, led by pastor Jun Kwang-hun, have been ordered to self-isolate and get tested. Jun, 64, is a radical conservative activist who has also been vocal in criticizing the left-leaning liberal President Moon.

More than 300 virus cases have been linked to the Rev. Jun Kwang-hun’s huge church in northern Seoul, which has emerged as a major cluster of infections amid growing fears of a massive outbreak in the greater capital region.

Officials are concerned that the virus’s spread could worsen after thousands of demonstrators, including Jun and members of his Sarang Jeil Church, marched in downtown Seoul on Saturday despite pleas from officials to stay home.

Previous NOM Is Still Butthurt Over Prop 8 And Kamala Harris
Next Megachurch Pastor: God Knew You Need To Be “Inside And Unmasked” So He Made It “Very Hot” On Sunday