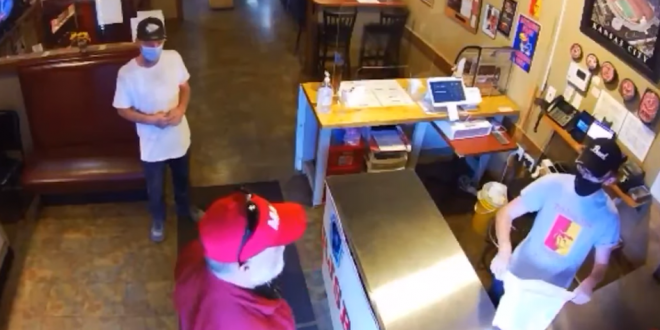 Arlo Kinsey was working behind the carryout counter at RJ’s Bob-Be-Que Shack in Mission last week when a middle-aged man dressed in a red Make America Great Again hat — and no mask — walked through the door.

“I asked him if he could wear a mask, since it’s what Gov. Kelly told us to do,” said Kinsey, 18. He had dealt with a handful of customers who refused to wear masks inside the restaurant despite the statewide mandate — but none like this, he said.

The man said he had an exemption to the mask order: He then lifted up his shirt, revealing a gun in a holster on his hip. “It was definitely a threat,” Kinsey said. “I was looking at the gun thinking he was going to shoot me.”

The man finally left after an argument with the pro-Trump manager, vowing never to return. The manager, a former Marine, says he also felt threatened.