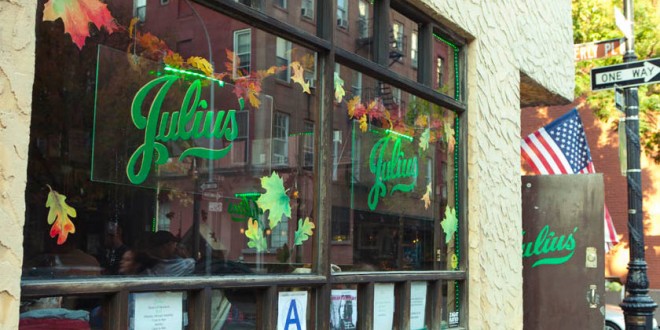 The historic Julius Bar, located in the heart of New York City’s Greenwich Village, may close its doors due to financial insecurities caused by the coronavirus pandemic.

Julius Bar, a historic pre-Stonewall bar, is feeling the brunt of the Governor’s decision. Helen Buford, owner of the bar, created a GoFundMe page to raise awareness and funds to save the bar from closing.

Julius became the city’s oldest continually-operated gay bar upon the demise of the Upper West Side’s Candle Bar in 2015. However that record comes with an asterisk as the bar actively hassled patrons they thought to be gay until 1966. The Stonewall Inn opened the following year.

On April 21, 1966 members of the New York Chapter of the Mattachine Society staged a “Sip-In” at the bar which was to change the legal landscape. Dick Leitsch, the society’s president, John Timmons and Craig Rodwell planned to draw attention to the practice by identifying themselves as homosexuals before ordering a drink in order to bring court scrutiny to the regulation. The three were going to read from Mattachine stationary “We are homosexuals. We are orderly, we intend to remain orderly, and we are asking for service.”

The three first targeted the Ukrainian-American Village Restaurant at St. Mark’s Place and Third Avenue in the East Village, Manhattan which had a sign, “If you are gay, please go away.” The three showed up after a New York Times reporter had asked a manager about the protest and the manager had closed the restaurant for the day.[6] They then targeted a Howard Johnson’s and a bar called Waikiki where they were served in spite of the note with a bartender saying later, “How do I know they’re homosexual? They ain’t doing nothing homosexual.”

Frustrated, they then went to Julius, where a clergyman had been arrested a few days earlier for soliciting sex. A sign in the window read, “This is a raided premises.” The bartender initially started preparing them a drink but then put his hand over the glass which was photographed. The New York Times ran a headline the next day “3 Deviates Invite Exclusion by Bars.”

The Mattachines then challenged the liquor rule in court and the courts ruled that gays had a right to peacefully assemble, which undercut the previous SLA contention that the presence of gay clientele automatically was grounds for charges of operating a “disorderly” premises. With this right established a new era of licensed, legally operating gay bars began. The bar now holds a monthly party called Mattachine.

Julius was listed on the National Registry of Historic Places in 2016, in part due to state Sen. Brad Hoylman, whose district includes the West Village.

Previous Trump Rants: Biden Plagiarized His Economic Plan From Me And It’s A “Plan That Is Very Radical Left” [VIDEO]
Next Infamous “S&M Catholic Priest” Found Dead In Home