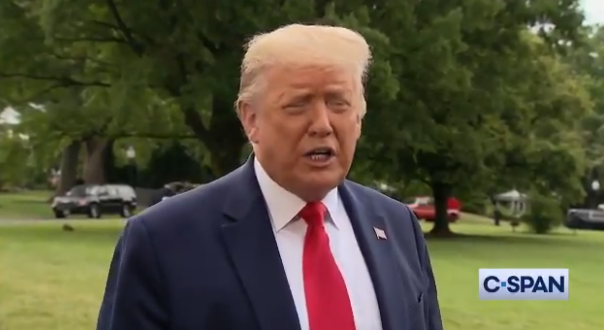 Trump Rants: Biden Plagiarized His Economic Plan From Me And It’s A “Plan That Is Very Radical Left” [VIDEO]

Biden stole it from him AND it’s terrible!

But despite some similarities in messaging between Biden’s “Buy American” and Trump’s “America First” rhetoric, the two candidates’ policy plans significantly diverge.

“He plagiarized from me, but he could never pull it off,” Trump told reporters at the White House when asked about Biden’s plan for the economy. “He likes plagiarizing. It’s a plan that is very radical left. But he said the right things because he’s copying what I’ve done, but the difference is he can’t do it.”

But Biden can’t pull it off.

Because the plan…that Biden “stole” from Trump…is very “radical left”.