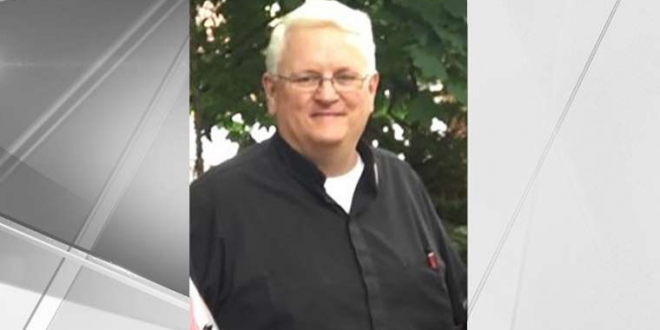 Hughes lied and told the teen he was a part-time college professor and counselor, prosecutors said. The perv priest met the teen through Grindr, according to prosecutors. The teen sent Hughes three images of his privates in February, prosecutors say.

When confronted Wednesday morning, Hughes admitted he believed he was texting with a boy, according to a criminal complaint. Hughes faces one count of receipt of child pornography, which carries a mandatory minimum sentence of five years in prison and a maximum of 20 years.

The Diocese of Brooklyn moved swiftly to remove Father Hughes from the parish and appoint a temporary administrator, Father Rev. Wladyslaw Kubrak, who is currently the parochial vicar for St. Pancras. This assignment became effective on July 29.

As the news was sinking in at St. Pancras the day after Father Hughes’ arrest, Father Kubrak sought to calm parishioners.

“I encourage my brothers and sisters, in other words, our parishioners, to pray and to trust in God. That is exactly what it is about,” he told Currents News. Father Kubrak explained that in the hardest times, the faithful should turn to Jesus Christ for guidance and face these difficulties head-on.