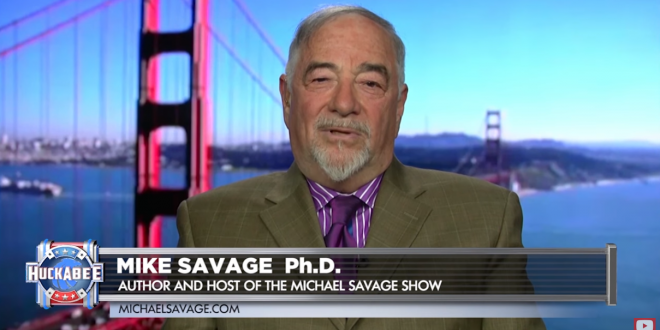 Let us ask this question in another way: What if we found an ISIS cell in this country that was rioting, attacking police under the guise of, what, anti-Arab sentiment, that all cops are racist because they hate Arabs?

“Would you buy that for one minute? If you heard that they were here trying to blow things up? Of course you wouldn’t buy it. Tell me why these rioters are different than ISIS or Al Qaeda in its heyday.

“We have federal laws to stop such terrorism. Why are they not being used? The answer is Nancy Pelosi, Jerry Nadler, Joe Biden, and the entire pack of leftists are not accepting the fact that they too will be hurt by these people.

“They think they are going to be left alone and untouched. They are wrong.” – Right wing radio host Michael Savage, who last appeared on JMG when he declared that Dr. Anthony Fauci “has gone full Nazi.”

According to Wikipedia, Savage has the seventh-largest audience in talk radio, with 11 million weekly listeners. Savage has hailed Trump as the “last great savior of white people.”