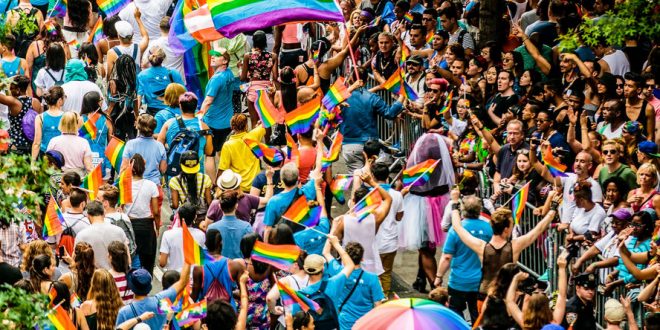 Gentle readers, I’m rerunning my annual Pride rant for the sixteenth year. I wrote this post in 2005 a couple of days after attending Pride in NYC. In the following years I’ve reposted it in advance of NYC Pride in the hope of encouraging you to attend your local events. While the pandemic has canceled most of this year’s festivities, what’s not canceled is our love for our people. Have a wonderful Pride Month. Love each other.

Previous Trump Brags He Can “Definitely” Drink A Glass Of Water
Next Nadler: Bill Barr Deserves Impeachment But It Would Be A Waste Of Time To Try Due To Corrupt Senate GOP