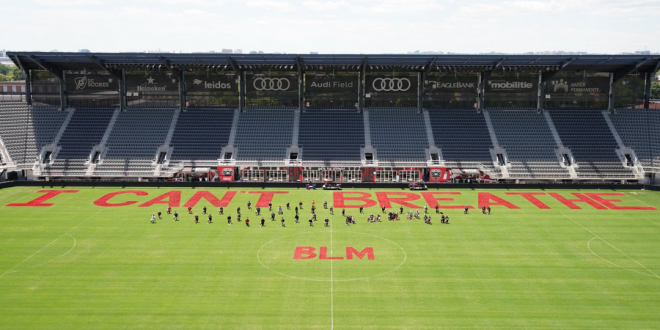 A tweet from the team Sunday afternoon showed members of the organization posing on the field around the massive statement, which dwarfed the players in size and also declared “BLM,” an acronym for “Black Lives Matter.”

“We stand United as a club against each and every form of racism. We’re deeply upset and vehemently condemn the actions that led to the death of George Floyd and all the racially charged violent acts that have taken the lives of countless other black Americans before him,” the team said.