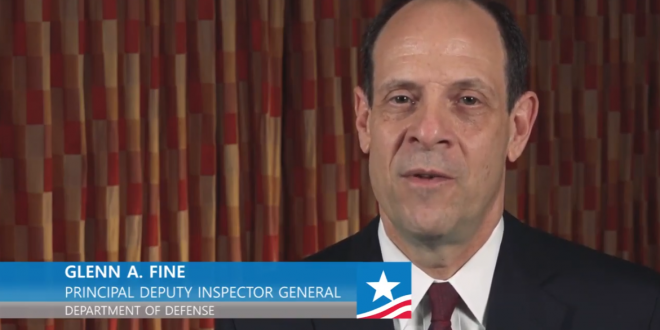 Glenn Fine, the Pentagon’s principal deputy inspector general, submitted his resignation on Tuesday. Why it matters: President Trump removed Fine as the Pentagon’s acting inspector general in April 7 after a group of independent federal watchdogs selected him to lead the Pandemic Response Accountability Committee, which was set up to oversee the rollout of the $2 trillion coronavirus relief bill.

The move effectively sidelined Fine from serving as chair of the panel, since the law only allows sitting inspectors general to fill the role. The big picture: His ouster as the Defense Department’s acting inspector general came amid Trump’s continuing crackdown on inspectors general across his administration, including at the State Department, Department of Health and Human Services and the intelligence community.