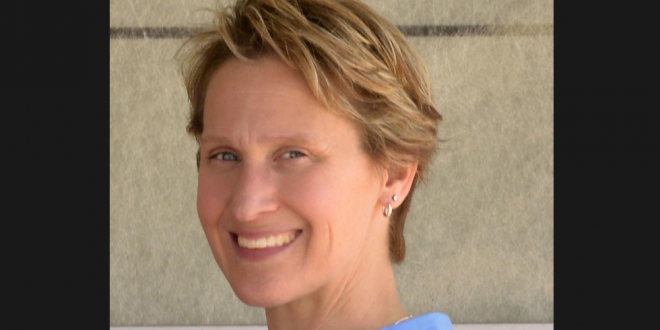 Censured Royal Oak City Commissioner Kim Gibbs has found herself in the news again, this time for being caught shoplifting. The embattled elected official issued a statement Wednesday evening on the misdemeanor shoplifting offense.

“I would like to apologize to my family, friends and especially my constituents for my substantial lapse in judgement today, Wednesday, May 6. A combination of many external factors led to my poor judgement. The economic impact of the COVID-19 statewide lockdown has taken a serious toll on me personally,” she said.

Gibbs, a lawyer, was censured by the City Commission last month after she attended the April 15 “Operation Gridlock” rally in Lansing, where she was seen on TV without a face mask and not keeping social distance. The rally protested Gov. Gretchen Whitmer’s extension of her stay-at-home order to stem the spread of COVID-19.

Gibbs, a Republican seeking election to the Oakland County Board of Commissioners, is accused of taking a shopping cart of grocery items worth about $130 to a self check-out scanner inside the store.

“She paid for about $45 worth of the items and not the others,” Royal Oak Police Chief Corrigan  O’Donohue said.

Misdemeanor violators have been getting tickets rather than facing immediate arrest because of the reduced functions at courts statewide during the COVID-19 crisis, police said.

Gibbs was hailed as a hero by Fox News.

Previous Scamvangelist Paula White “Prophesies Victory” For Trump On National Day Of Prayer: “You Will Recover All”
Next Germany Becomes Latest Nation To Ban Ex-Gay Torture