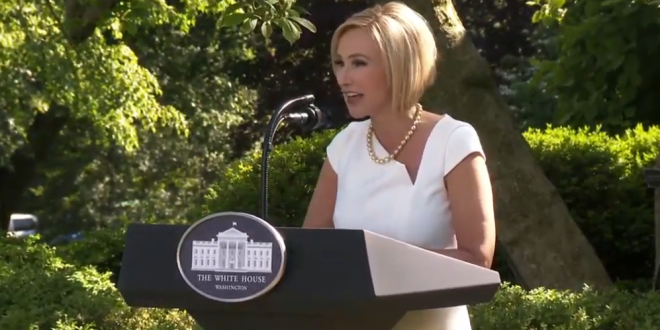 Scamvangelist Paula White “Prophesies Victory” For Trump On National Day Of Prayer: “You Will Recover All”

“And he cried and he wept, and he began to pray out to God, and God gave him a word. And through fasting and praying, I believe this is the word for you and for this nation.

The Lord spoke to him and said, ‘Pursue and go after them, and you shall, without fail, recover all.’

“Sir, the word of the Lord, I believe, for this nation and this administration is: ‘You will recover all.'” – Scamvanglist Paula White, speaking to Trump at today’s National Day Of Prayer event in the White House’s Rose Garden.