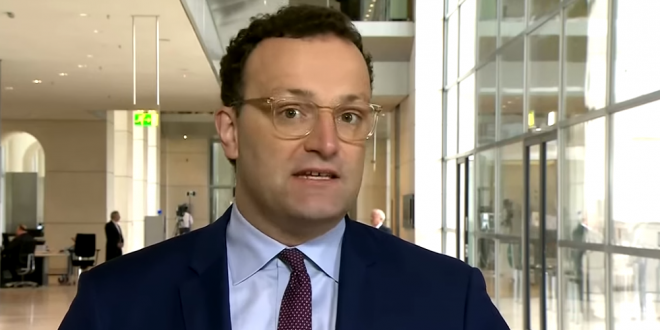 On Thursday evening, May 7, the Bundestag passed a law which completely bans any so-called “therapy” that aims to change the sexual orientation of minors, and the crime will carry a prison sentence of up to one year.

According to Badische, conservative German health minister Jens Spahn [photo] stressed: “Homosexuality is not a disease. Therefore the term therapy is misleading.”

Conversion therapy for those of legal age in Germany will also be banned, if a person is subjected to it involuntarily, through coercion, threats or deception. Any advertising for the debunked and traumatising practice has also been banned.

But the Greens, who in 2013 were the first to call for a ban, say the conservative-Social Democrat coalition’s proposal falls short since it protects only minors from the practice, even though those aged between 18 and 26 can also be exposed to harmful social pressures.

Spahn, the conservative health minister, said ahead of the vote that he wanted a law that could easily withstand legal challenge. “I want a ban which will be robust, including if it’s brought before the courts,” said Spahn, who is the Christian Democrat party’s most prominent gay politician.

Spahn was not specific, but German law makes it easier to protect minors, whereas freedom of speech and conscience laws may confuse the issue for those above 18.

The ex-gay torture of minors is also banned in 20 US states and Washington DC. The practice is banned nationwide in Argentina, Brazil, Ecuador, Malta, Samoa, Taiwan, and Uruguay. A nationwide ban is pending in Canada.