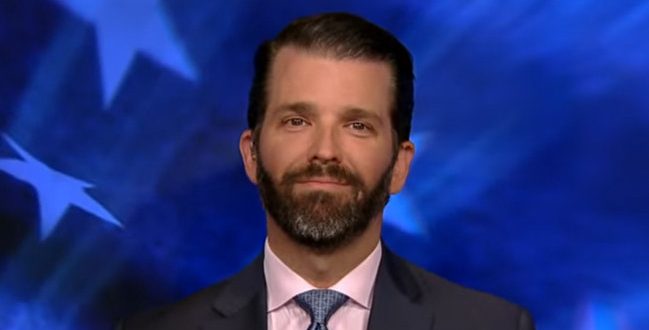 Everyone’s new big Netflix obsession is the docuseries Tiger King. Joe Exotic, the “star” of the show, is currently serving a 22-year prison sentence after being convicted last year on a number of charges, including murder-for-hire.

Donald Trump Jr. appeared on SiriusXM’s The Jim and Sam Show Monday, and they all joked about the possibility of a pardon for Joe Exotic.

Trump Jr. joked, “Maybe not right now, but I can generally be for this just for the meme. And just for frankly watching the media reaction to this thing. It would be pretty amazing to ultimately see that.”

Comment from the link above: “Remember when the GOP used to pretend to be the law and order party? Now they’re talking about pardoning someone based on a TV show just to have more childish memes to share on social media.”