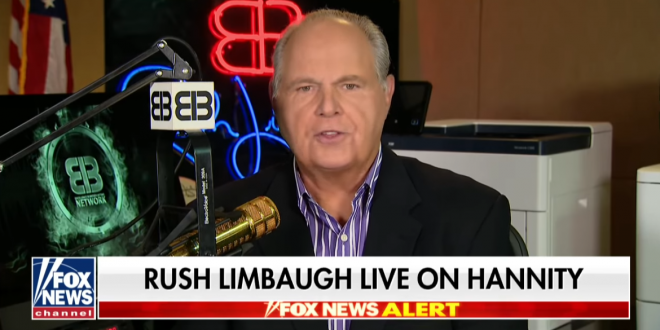 Limbaugh: Risking COVID Is Part Of The American Way

“You see all over the country now, people are revolting against certain state governors who want to maintain lockdown. It can’t go on. This forced shutdown — the forced ruination of the United States economy — must end.