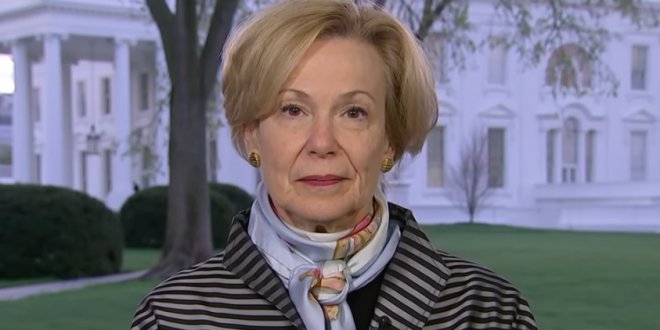 “The CDC had to issue a statement. Lysol had to issue a statement. I understand that you’re taking a generous approach to this when it comes to President Trump musing aloud, but this is potentially dangerous,” Jake Tapper said. “As a doctor, doesn’t that bother you that you even have to spend any time discussing this?” Birx replied that the focus on Trump’s comments crowded out a broader discussion about how to respond to the virus.

“It bothers me that this is still in the news cycle, because I think we’re missing the bigger pieces of what we need to be doing as an American people to continue to protect one another,” Birx said. “As a scientist and a public health official and a researcher, sometimes I worry that we don’t get the information to the American people that they need when we continue to bring up something that was from Thursday night.”