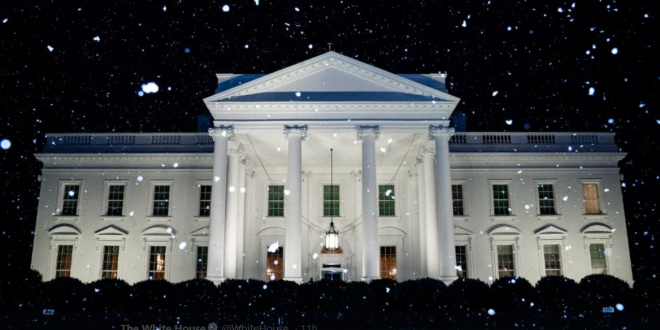 The White House’s official Twitter handle on Sunday confused residents in Washington, D.C., when it tweeted out a nighttime photograph of the world’s most famous residence behind falling snowflakes with the caption: “First snow of the year!”

One problem: It didn’t snow in the city that day and was, in fact, unseasonably warm, with highs that nearly reached 70 degrees. So unless Disney’s Elsa made an unannounced state visit, Twitter users demanded answers.

I await the official statement from an unnamed spokesperson at NOAA declaring that the snow that fell on the 7th was actually a rare form of crystalline frozen water not technically called “snow” by meteorologists, thankyouverymuch.

You’re mortally allergic to the truth.

God, they can’t even tell the truth *about the weather*??
It’s become a pathology with them.

Why. Why would you lie about THIS.