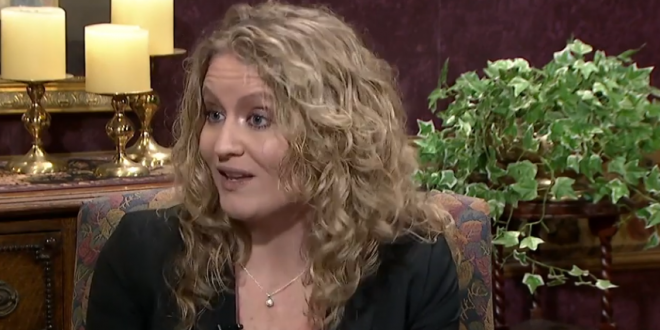 President Donald Trump recently appointed anti-Muslim and anti-LGBTQ cable news pundit Jenna Ellis as a senior legal adviser to him and his campaign. Ellis has promoted harmful and ineffective conversion therapy; claimed that “Christians cannot follow God and accept or condone or participate in homosexuality”; and said gay and bisexual men have higher rates of HIV because “we cannot escape God’s moral law and His supremacy.”

Much of her recent fire as a legal commentator has been aimed at the 2015 Supreme Court decision in Obergefell v. Hodges that legalized same-sex marriage nationwide.

And while she couches those arguments in legal terms, Ellis has also exhibited some general antipathy to the gay community. Her book complains that the Supreme Court “told the LGBT community that their homosexual lifestyle was not just legal privately, but morally validated openly through government recognition and social celebration and therefore equally as valued as heterosexual unions.”

In the wake of a 2015 shooting at a gay nightclub in Orlando that left 49 dead, Ellis penned a column that condemned the massacre, but bemoaned that it was being used to dignify homosexuality.

Prior to her new gig with the Trump administration, Ellis worked for James Dobson’s anti-LGBT hate group. She first earned our attention when she said that if Star Wars is going to feature LGBT characters, they might as well include pedophiles. Below are some of her Facebook posts.

Previous GOP Rep: “Democrats Are In Love With Terrorists”
Next Trump Brags About Economy: How’s Your 409K Doing?