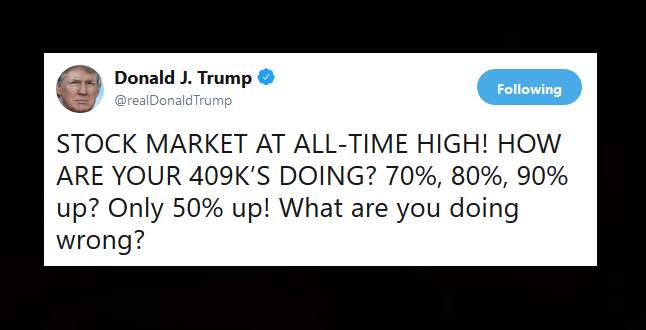 President Trump pointed to gains in the stock market on Thursday as evidence of a strong economy under his presidency, imploring Americans to check how their “409Ks” were doing. The erroneous reference to “409ks” — which appeared to be a typo — drew fire on social media, with critics of Trump mocking the president for his early-morning mixup.