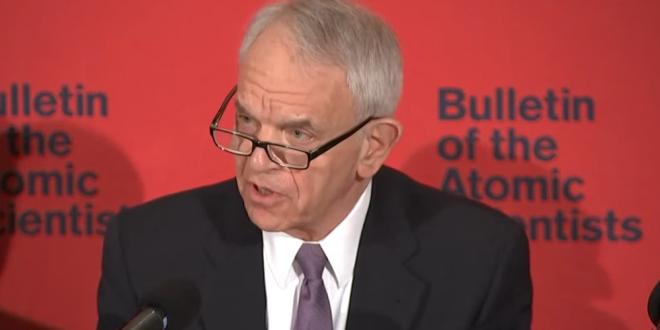 “It is 100 seconds to midnight.” That was the ominous message laid out by the Bulletin of the Atomic Scientists Thursday morning as officials unveiled the 2020 setting for the Doomsday Clock. “Both the nuclear and climate conditions are worsening,” Rachel Bronson, president and CEO of the Bulletin, said at a press conference.

“Leaders have helped to create a situation that will, if unaddressed, lead to catastrophe sooner rather than later.” The experts highlighted three factors in their decision: nuclear weapons, climate change and cyber-based disinformation.

The Bulletin of the Atomic Scientists has moved its symbolic Doomsday Clock closer to midnight, an increase from last year. It’s the first time the clock has been set within the two minute mark. https://t.co/7SCysehD2B

Previous Trump Lies Yet Again About Impeachment Hearings
Next Church Of England: Sex Is For Married Straights Only