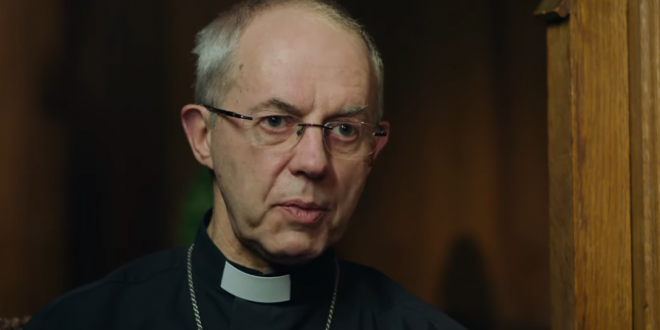 Church Of England: Sex Is For Married Straights Only

The Church of England has stated that sex belongs only within heterosexual marriage, and that Christians in gay or straight civil partnerships should be sexually abstinent.

Bishops have issued pastoral guidance in response to the recent introduction to mixed-sex civil partnerships, which says: “For Christians, marriage – that is, the lifelong union between a man and a woman, contracted with the making of vows – remains the proper context for sexual activity.”

The church “seeks to uphold that standard” in its approach to civil partnerships, and “to affirm the value of committed, sexually abstinent friendships” within such partnerships. It adds: “Sexual relationships outside heterosexual marriage are regarded as falling short of God’s purpose for human beings.”

Queen Elizabeth is the titular head of the Church of England. Pictured above is her immediate subordinate, Archbishop of Canterbury Justin Welby.