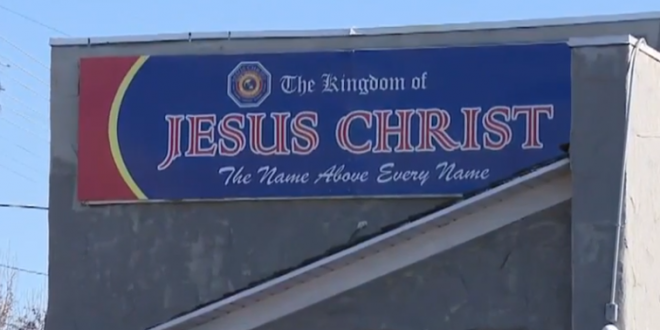 According to the U.S. Attorney’s Office for the Central District of California, leaders of the Kingdom of Jesus Christ, The Name Above Every Name (KOJC) church obtained visas for members in the Philippines after telling U.S. authorities the members would perform music at church fundraisers.

But once church members arrived in the U.S., KOJC leaders confiscated their passports and forced the new arrivals to work long hours as “miracle workers” soliciting donations for a church nonprofit called Children’s Joy Foundation USA (CJF). Prosecutors say the workers told donors the funds would support poor children in the Philippines.

Instead of using the donations to support children, however, church members used the money to finance church operations and the church leader’s lavish lifestyle, according to a 42-page affidavit in support of the criminal complaint.

The KOJC workers were instructed to go to malls, college campuses, restaurants, and department stores throughout the U.S. to solicit donations for a church non-profit called the Children’s Joy Foundation USA, the government said. They told potential donors their money would benefit impoverished children living in the Philippines.

However, federal authorities claim the foundation was used a front. The money, authorities said, was not used for humanitarian projects, but was instead funneled for the church’s expensive projects.

KOJC was created in 1985 in Davao, Philippines, by Apollo Quiboloy who claims to be “the Appointed Son of God.” It’s website claims there are 6 million members around the world.  KOJC administrators allegedly used several illicit tactics to keep workers in the country including sham marriages and phony enrollments in schools, and forced them to live in unsafe living conditions, according to the FBI.

“KOJC workers often slept in their car overnight, parked at truck stops, or occasionally stayed in a small hotel room during their operations,” the complaint said.

The church has come under scrutiny by federal investigators in the past. In September, a Hawaii manager of KOJC was charged with smuggling cash to the Philippines using Quiloboly’s private jet, according to the FBI. Quiboloy was briefly arrested in Hawaii in 2018 after federal agents found $350,000 in cash and parts to assemble a military rifle were found in his jet.