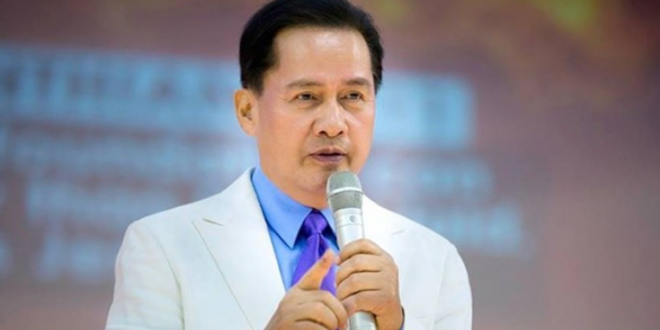 The head of a mega-church in the Philippines was detained at Honolulu’s airport after federal agents found $350,000 in cash on the private jet he was on. Apollo Quiboloy was among six people on the Cessna Citation Sovereign, which was to leave for the Philippines. But before it departed, Customs and Border Enforcement agents boarded it.

And, court documents say, they found tens of thousands of dollars in cash — all in $100 bills neatly folded and stuffed inside socks in a suitcase. Also found on the plane, parts to assemble military-style rifles, according to sources. Quiboloy is the pastor of the Kingdom of Jesus Christ, or KJC, which claims to have six million followers worldwide.

Also on board the plane was Felina Salinas, 47, of Makakilo. She was the only U.S. citizen on the plane, and was arrested after claiming the cash was hers. Federal law requires anyone taking more than $10,000 out of the country to declare it. Quiboloy has ties to Philippine President Rodrigo Duterte; their friendship apparently goes back years. Quiboloy supported him during his campaign and, according to media reports, even allowed Duterte the use of his private planes.

The pastor bills himself as the “appointed son of God” and is one of the wealthiest scamvangelicals in the world.
Hawaii News Now – KGMB and KHNL