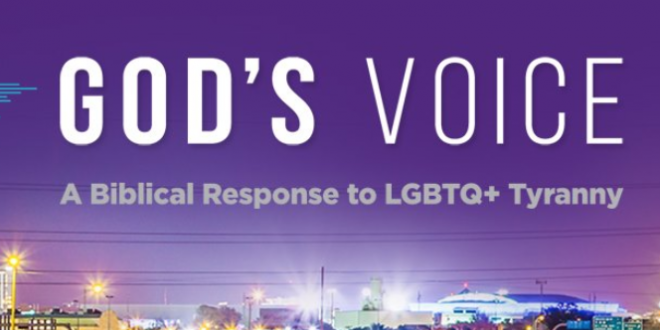 GOD’S VOICE Conference launched in 2019 to bring biblical clarity to the confusion surrounding the issues of “LGBTQ+ Christianity” and the errors injected into conservative church circles by the “Revoice” movement.

GOD’S VOICE Conference 2020 will feature an unprecedented lineup of top Christian leaders, pastors, pro-family activists and medical and therapeutic experts to inform God’s people about what the LGBTQ+ movement is doing, where it’s headed and how Christians, their churches and their families can stand firm and fight back amid looming cultural and legal battles.

Previous Trump Admits Climate Change Is Not A Hoax [VIDEO]
Next MAGA Vlogger: The Media Is Covering Up RBG’s Clone