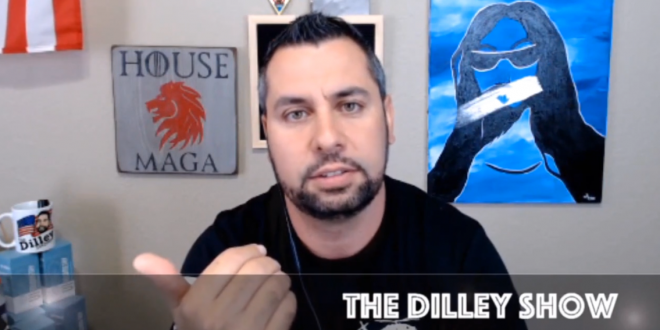 MAGA Vlogger: The Media Is Covering Up RBG’s Clone

“The answer is going to be one of two things. One: There are cures to cancer that exist that they don’t allow those of us at the lower end of the food chain to receive. That is answer number one. Answer number two is the bitch died and they’ve cloned her numerous times and we don’t know who the fuck that is.

“Those are the only two options. If you’re going to try to sell me the idea that an 86-year-old woman who almost lost her life to cancer three other times just beat pancreatic fucking cancer in less than year, absolutely take a hike. I will never in a million years buy that bullshit excuse.” – MAGA vlogger Brenden Dilley.

Dilley last appeared on JMG when he advised his followers that claims about Democrats don’t have be true, they just have to go viral. Prior to that he demanded to see PA state Rep. Brian Sims “actually sucking a dick” to prove he’s really gay. Dilley has been banned by Twitter at least twice.