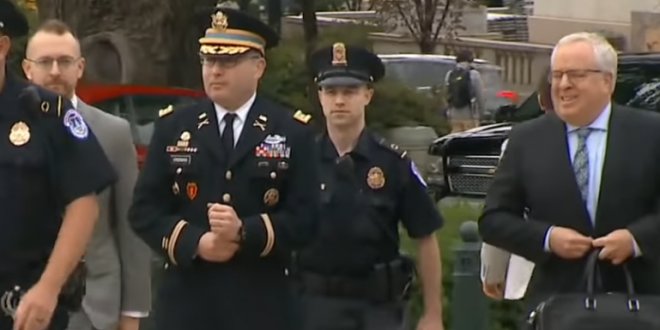 Security Official Was Told Not To Speak Of Ukraine Call

The senior White House lawyer who placed a record of President Donald Trump’s July 25 call with Ukraine’s president in a top-secret system also instructed at least one official who heard the call not to tell anyone about it, according to testimony heard by House impeachment investigators this week.

Lt. Col. Alexander Vindman, a decorated Army officer who served as the National Security Council’s director for Ukraine, told lawmakers that he went to the lawyer, John Eisenberg, to register his concerns about the call, in which Trump asked Ukrainian president to investigate the Bidens.

The lawyers then decided to move the record of the call into the NSC’s top-secret codeword system. Vindman did not consider the move itself as evidence of a cover-up, according to a person familiar with his testimony. But he said he became disturbed when, a few days later, Eisenberg instructed him not to tell anyone about the call—especially because it was Vindman’s job to coordinate the interagency process with regard to Ukraine policy.

Previous Trump Taps Lee Greenwood For Kennedy Center Board
Next Jerry Springer: My Show Would Have Bleeped Trump