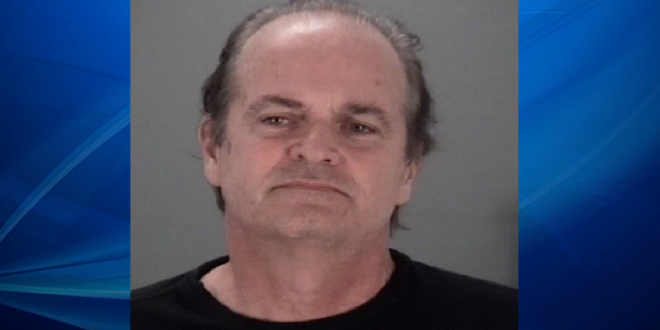 The Pasco Sheriff’s Office arrested a 61-year-old man accused of hitting a 16-year-old girl in the forehead with his Christian affiliation badge for driving too close to him on the road.

According to the sheriff’s office, Stephen Grosso was upset the teenager was driving too close to his car, so while the teenager stopped for a school bus on Meadow Pointe Boulevard, Grosso got out and approached her vehicle. The arrest report says Grosso walked up to the girl’s car with a metal police-like badge in his hand.

The girl lowered her driver’s side window and Grosso allegedly reached into the car and hit her on the forehead with the badge, leaving a red mark. The badge turned out to be a Christian affiliation badge. Grosso was charged with burglary with simple battery.

Grosso is the head of Ablaze Worldwide Ministries, a fire-obsessed ministry with a website that should’ve gone up in flames at least a decade ago. It’s unclear why he assaulted the girl, if flashing his badge counts as impersonating a cop, or what the hell he was thinking. In any case, don’t trust this guy to give you a baptism. Who knows when his rage will act out.

A 61-year-old Pasco man is accused of hitting a 16-year-old girl in the forehead with a police-like badge for driving too close to him. The badge turned out to be a Christian affiliation badge. https://t.co/GTJuPXvQrG pic.twitter.com/f75IfNlVGg