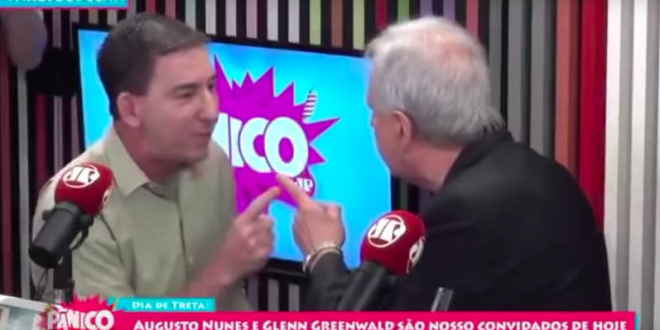 Glenn Greenwald got into a fistfight with Augusto Nunes, a far-right Brazilian journalist, during the live taping of a radio show in Brazil. The two journalists had a heated exchange over Nunes’ previous comments about Greenwald’s children with his husband, Brazilian politician David Miranda.

Nunes had said, “I was thinking of this couple: Glenn Greenwald spends the day on Twitter or working as a recipient of stolen messages; David is in Brasilia. Who takes care of the children they adopted? That’s what the Juvenile Court should investigate.”

The “stolen messages” Nunes was referring to were leaked messages from law enforcement officials that raised concerns about Brazil’s vast corruption investigation — which were published by the news site that Greenwald cofounded and writes for, the Intercept.

Things got physical after Greenwald repeatedly called Nunes a “coward” for bringing his children into the discussion. The pair were separated by station staffers after a few fairly weak swipes at each other.