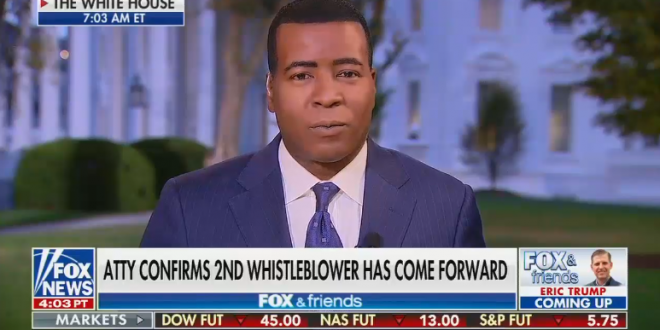 “Let me take you right to Twitter, because I think it’s frankly a bit of Twitter trolling by the president. If you sort of read into the tone of the tweets — yes, he’s talking about treason and talking about impeachment and things like that. But I think he’s sort of poking fun just a bit here. At least that’s my read of it.” – Fox News White House correspondent Kevin Corke, speaking this morning on Fox & Friends. Trump has approvingly tweet-quoted Corke on several occasions.