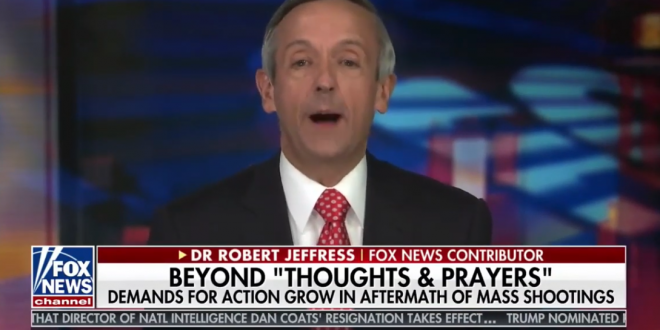 “I’m not arguing against legislation, but I’m saying that one thing we can do is to quit this devaluation of human life in our society that is seen by the glorification of violence in our culture, by the mass slaughter of a whole class of citizens — the unborn.

RELATED: Jeffress last appeared on JMG when he declared that Christian Democrats don’t worship “the true God.” Jeffress has said that Christians who don’t support Trump are like Germans who didn’t oppose the Nazis.