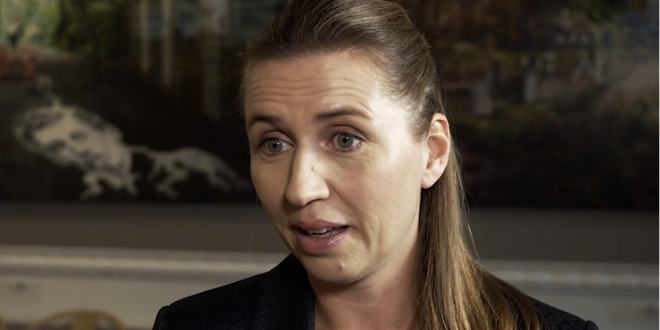 Greenland is not for sale and U.S. President Donald Trump’s idea of buying the semi-autonomous Danish territory in the Arctic from Denmark is “an absurd discussion,” Denmark’s prime minister said. Mette Frederiksen, who was visiting the world’s largest island to meet Premier Kim Kielsen, told reporters: “Greenland is not Danish. Greenland is Greenlandic. I persistently hope that this is not something that is seriously meant.”

Frederiksen, who became prime minister June 27, was on a planned two-day trip to Greenland before traveling to nearby Iceland for a meeting of the Nordic prime ministers. “Thankfully, the time where you buy and sell other countries and populations is over. Let’s leave it there. Jokes aside, we will of course love to have an even closer strategic relationship with the United States,” Frederiksen said.