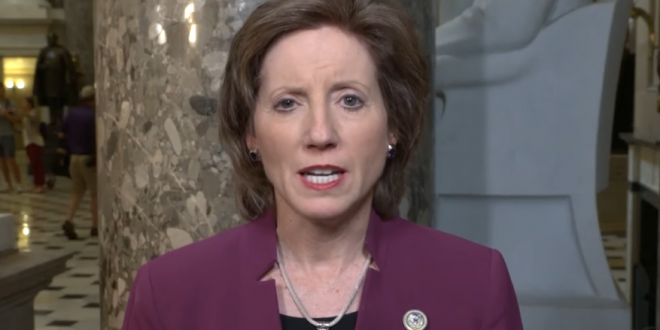 A group of House Republicans is urging their members to pressure Amazon to resume selling a set of controversial gay conversion therapy books, after the platform announced this month it would no longer carry works by the “father of conversion therapy.”

The Republican Study Committee, a conservative caucus that includes more than 70% of all GOP House members, issued a handout during a private meeting in the Capitol Wednesday asking members to “contact Amazon with concerns” about what they referred to as “Amazon censorship.”

Amazon removed books by Dr. Joseph Nicolosi, a clinical psychologist who is credited with originating gay conversion therapy, a debunked — and in some cases illegal — pseudoscientific method of of trying to turn gay people straight.

The handout was co-authored by GOP Rep. Vicky Hartzler, who has publicly compared same-sex marriage to bestiality and pedophilia. Prior to being elected to Congress, Hartzler headed the Missouri hate group that successfully put a ban on same-sex marriage into the state constitution.