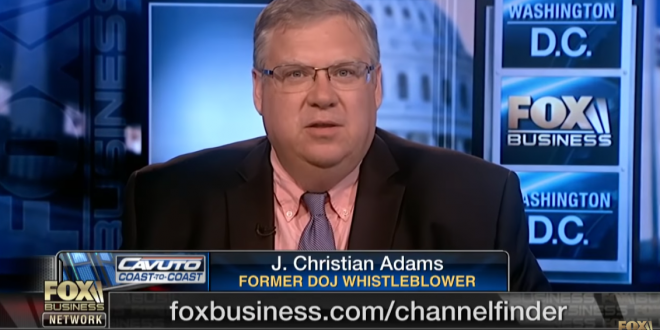 A former Trump voter fraud commissioner will apologize to citizens he wrongly described as noncitizens in reports claiming mass voter fraud in Virginia, according to a tentative settlement agreement reached this week in a lawsuit brought against the commissioner.

J. Christian Adams and his group the Public Interest Legal Foundation were sued last year over the “Aliens Invasion” reports they released in 2016 and 2017.

The reports — which included names, phone numbers, addresses and social security numbers of individuals removed from voter rolls allegedly because they were noncitizens — amounted to defamation and voter intimidation, the lawsuit alleged.

When “Alien Invasion in Virginia” was published — just weeks before the 2016 presidential election — right-wing news outlets, including Fox, quickly picked it up.

Since the lawsuit was filed in April 2018, Adams has appeared on Fox’s weekday programming at least 11 times, according to a review of Media Matters’ cable news guest database.

Indeed, on the evening the lawsuit was filed, Fox anchor Martha MacCallum hosted him on The Story, one of the network’s purported “news”-side programs, but did not ask him about it.