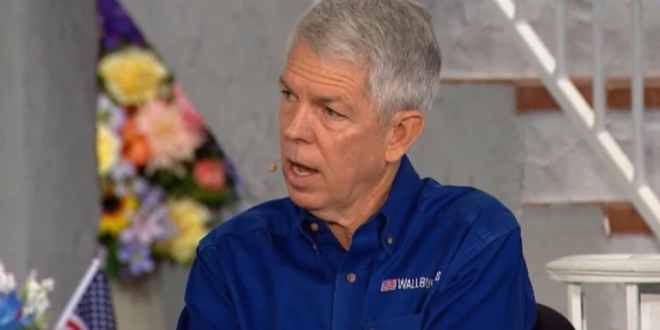 Christian Activist David Barton: There Will Be Civil War If SCOTUS Reverses Roe And Blue States Will Secede

“The same spirit that drove slavery in America is driving the pro-abortion side in America and the same disrespect for human life. It’s the same spirit behind both of them. I think it’s more likely we’ll have a civil war today over the abortion issue than over the race issue.

“If the Supreme Court overturned Roe v. Wade, states like California and New York and others would say, ‘We’re not going to be part of that. We’ll secede. You’re not going to tell us we can’t have slavery.’ I think we’re at that same point.”  – David Barton, speaking on Jim Bakker’s slop bucket show.

RELATED: David Barton, should you be unaware, is the widely discredited “historian” whose book was withdrawn by his own Christian publisher over its false claims, including that America’s founding documents were lifted virtually word-for-word from the bible. Barton’s history of batshit claims is very, very long but he may be best known here for his comparison of LGBT rights to Nazism. Barton has been busted by fellow evangelicals for falsely claiming to have an earned doctorate. He last appeared on JMG for his claim that the Second Amendment gives citizens the right to own any weapon owned by the government, including tanks and, presumably, nuclear weapons.