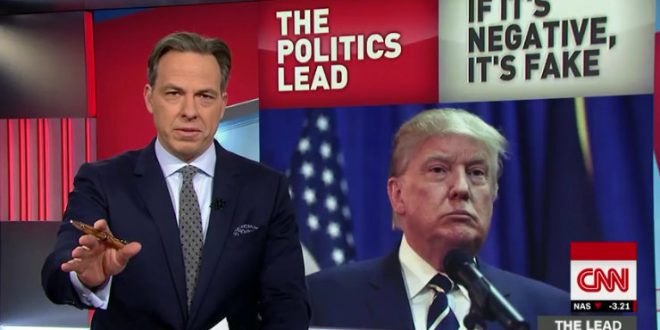 CNN’s Jake Tapper: Trump Is “Untethered To The Facts”

CNN’s Jake Tapper opened today’s The Lead by reviewing the dust-up over and fallout from Team Trump’s internal poll numbers.

To review: Trump initially denied the reporting on the internal polling showing him losing to Joe Biden in several key states. Then ABC News obtained that data. And the fallout ended with pollsters being fired.

Given how the pollsters being fired was apparently about “pacifying” the president, Tapper added, “This is a theme we’ve seen throughout the Trump presidency. Officials unsure of how to deal with a mercurial boss, untethered to facts.”