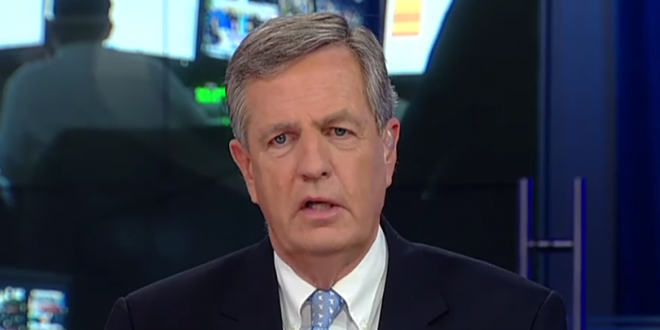 Fox Host Brit Hume: Mayor Pete Is “Most Impressive Candidate” Since The Emergence Of Obama [VIDEO]

Mayor Pete Buttigieg is the “most impressive… candidate” in terms of political talent in the current 2020 Democratic presidential field, Brit Hume said, comparing the South Bend, Ind. mayor’s rise in popularity to the “emergence of Barack Obama.”

“I think Pete Buttigieg is the most impressive, by far, candidate in terms of just raw political talent in the Democratic field,” Hume said Monday on “Special Report.”

“And, he may be the most impressive candidate I’ve seen since the emergence of Barack Obama,” Hume, Fox News’ senior political analyst, said. “He seems comfortable on the big stage — articulate, even humorous,” he added.

The comments about Buttigieg come a day after Hume fired back at President Donald Trump, who questioned Fox News for even hosting the Democrat. Trump said the network was “wasting airtime” and “moving more and more to the losing (wrong) side in covering the Dems.” Hume hit back on Twitter.

Say this for Buttigieg. He’s willing to be questioned by Chris Wallace, something you’ve barely done since you’ve been president. Oh, and covering candidates of both parties is part of the job of a news channel. https://t.co/D8yQE2kfYF

Chris Wallace not the only one at Fox impressed by @PeteButtigieg. Here is @brithume lavishing praise on the mayor: “most impressive, by far, candidate, in terms of just raw political talent in the Dem field.” Hasn’t seen anyone like it “since the emergence of Barack Obama.” pic.twitter.com/ZM8IDrJob6