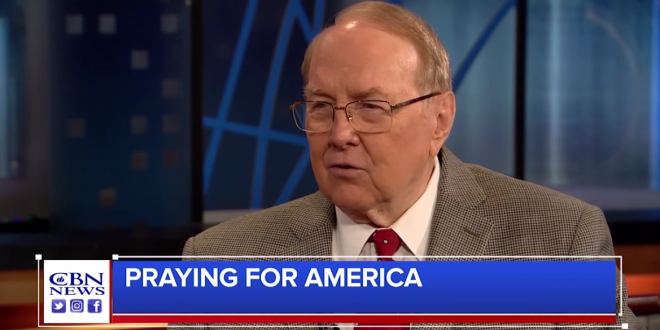 “A few days ago, on May 17, Democrats in the House of Representatives passed what they call The Equality Act of 2019, which is breathtaking in its scope. If it survives a vote in the Senate, this legislation will represent one of the most egregious assaults on religious liberty ever foisted on the people of this great nation.

“It therein imposes a thinly veiled death-sentence to the First Amendment to the Constitution and takes away the protections against tyranny handed down to us by our Founding Fathers. We must not remain silent as our historic liberties are gutted by Democrats and their friends in the LGBT movement.

“They will enslave us if they prevail. We must let our voices be heard, first in the U.S Senate, and then to the world.” – James Dobson, in his syndicated column.

Dobson founded Focus On The Family in 1977 and the Family Research Council in 1981. In 2010 he launched Family Talk Radio, which airs on nearly 100 Christian stations.