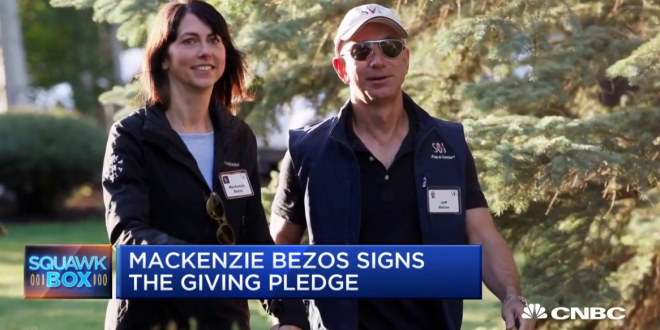 Less than two months after finalizing her divorce from the world’s richest person, MacKenzie Bezos has indicated that she intends to be a far more generous philanthropist than her husband has ever been.

MacKenzie Bezos announced in a letter on Tuesday that she had signed the Giving Pledge, a commitment to give half of her $35 billion in assets, or at least $17 billion, to charity over her lifetime or in her will.

Despite facing criticism for being the world’s richest man but having donated only a tiny fraction of his wealth, Bezos’ ex-husband, Amazon founder Jeff Bezos, has for years conspicuously declined to sign on.