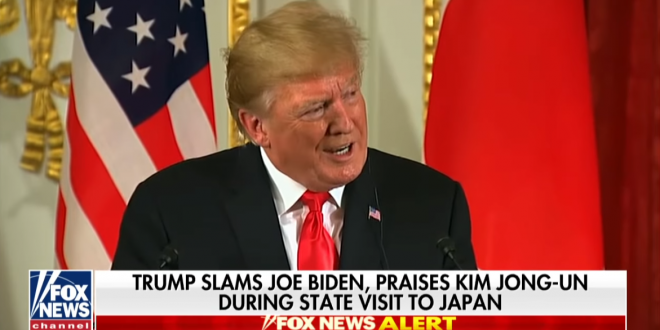 Fox News digital politics editor Chris Stirewalt argued that for anyone wondering why Trump is “underwater” and trailing in polls at a time when any other incumbent in his position would be “crushing it,” “stunt like this stuff in Japan are exactly why.” He said there are Republicans who ask why they don’t get enough credit for the economy.

The answer, as Stirewalt put it, is that Trump “misbehaves this way and people don’t like it.” Marc Thiessen said, “You don’t attack your political opponents from foreign soil” and especially don’t do it by “citing the murderous dictator of North Korea.”