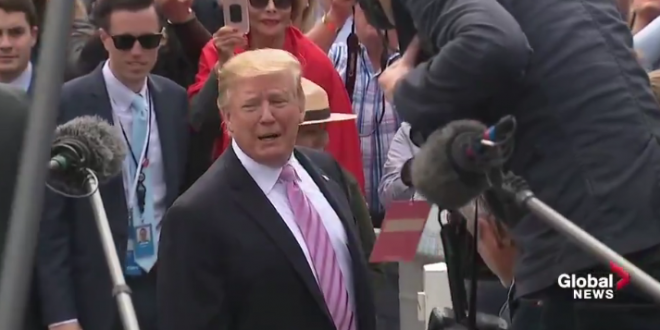 President Donald Trump on Monday insisted that “nobody disobeys my orders,” apparently disputing that his former White House counsel twice refused to follow through on the president’s order to dismiss special counsel Robert Mueller.

Trump issued the declaration about his staff’s willingness to follow through on his commands during a brief exchange with reporters at the White House Easter egg roll.

It was the first time the president has answered reporters’ questions since Mueller released last week his report on Russian interference in the 2016 election, as well as allegations of collusion between the Trump campaign and the Kremlin, and obstruction of justice on the part of the president.

‘Nobody disobeys my orders’ — Trump claimed in response to a reporter’s question at the Easter Egg Roll pic.twitter.com/17VvxWtNSF

Isn’t it amazing that the people who were closest to me, by far, and knew the Campaign better than anyone, were never even called to testify before Mueller. The reason is that the 18 Angry Democrats knew they would all say ‘NO COLLUSION’ and only very good things!