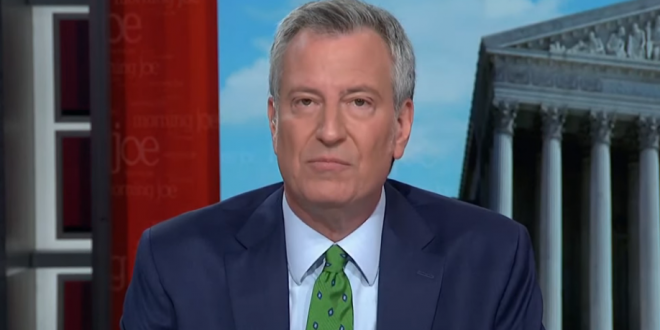 New York City will get its own Green New Deal, Mayor and rumored 2020 candidate Bill de Blasio announced on Monday, in honor of Earth Day. With the city’s wildly inefficient waterfront glass and steel skyscrapers as a backdrop, de Blasio outlined what his office calls “a bold and audacious plan to attack global warming on all fronts,” or OneNYC 2050.

Like the Green New Deal being discussed at the national level, the plan de Blasio introduced Monday weaves together social, environmental, and economic policy. The overarching goal is to achieve carbon neutrality by 2050, by sourcing “100 percent clean electricity.”

“We are going to ban the classic glass and steel skyscrapers which are incredibly inefficient,” he added. “If someone wants to build one of those things they can take a whole lot of steps to make it energy efficient, but we’re not going to allow what we’ve seen in the past.”

As you might expect, right wing sites and Trump World figures are teeing off on the skyscraper plan.