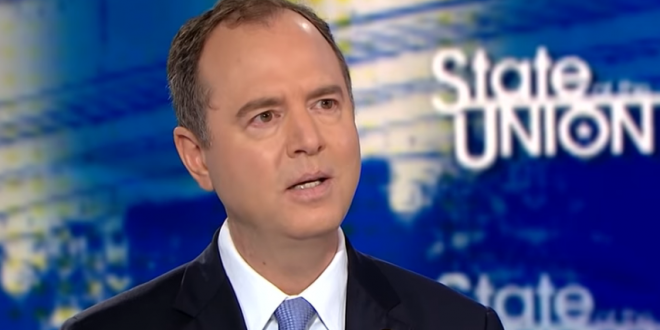 Schiff: Evidence Of Collusion Is In “Plain Sight” [VIDEO]

“There was a big difference between whether there was evidence of collusion — and I think that evidence is in plain sight — and whether you can establish proof beyond a reasonable doubt of a criminal conspiracy You have an attorney general who applied for the job by talking down any potential obstruction conviction or indictment who then went to a Senate confirmation and refused to recuse himself,” Schiff said. “He has now done the job he applied for, which is attempt to exonerate Mr. Trump. That ought to deeply concern people.” – Rep. Adam Schiff, on CNN.

Asked Schiff tonight if he would drop his probe after Mueller didn’t find a Trump-Russia conspiracy, and he said: “Our investigation has always focused on counterintelligence issues, that is, is the president or anyone around him compromised in some way. That work has to go on.” pic.twitter.com/JIEKIgveX3

Previous Sean Hannity: Rachel Maddow Has Been Lying To You
Next Maddow Raises 15 Questions About AG’s Letter [VIDEO]