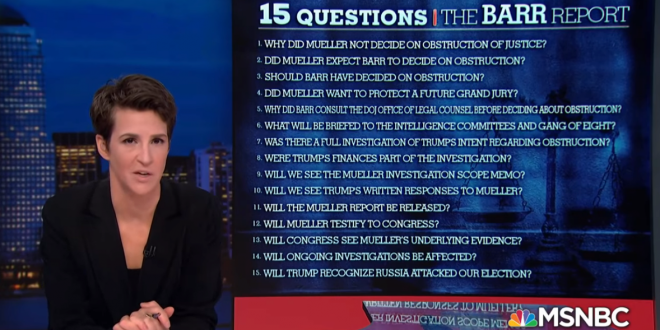 On Monday’s broadcast of “The Rachel Maddow Show,” she listed the 15 questions that are “driving me nuts” about the letter that Attorney General William Barr sent to Congress stating in Barr’s view the president had committed no crimes.

Maddow’s queries included “Will Trump recognize Russia attacked our election?” and “Did Mueller want to protect a future grand jury?”

She also asked whether the American public will get to see Trump’s written responses to the investigation and speculated about how the findings would affect the number of other ongoing inquiries (congressional and otherwise) into the president.