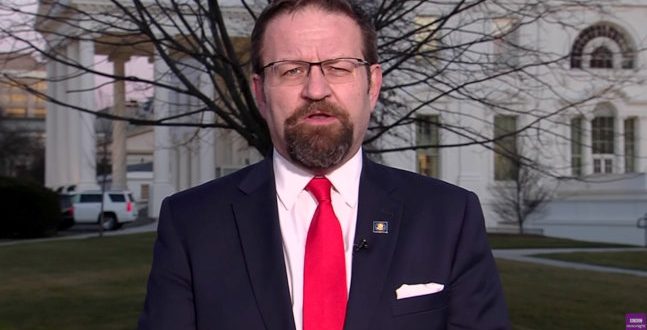 Conservative pundit and former White House official Sebastian Gorka is no longer a paid contributor at Fox News, the network has confirmed.

Gorka made headlines last week for his comments at the Conservative Political Action Conference, when he claimed that Democrats’ Green New Deal was a guise to “take away your hamburgers.”

Fox hasn’t given a reason for the separation and Gorka is claiming he decided to leave on his own.

Scoop: Sebastian Gorka is no longer a Fox News contributor. He told me: “I decided not to renew my contract since I have a new nationally syndicated radio show and a position with Sinclair TV which obviated a new arrangement with FNC.” https://t.co/u53VZo7vjr

The Dragon of Budapest is out at Fox News.

Someone needs to do a Sad Seb Gorka meme.