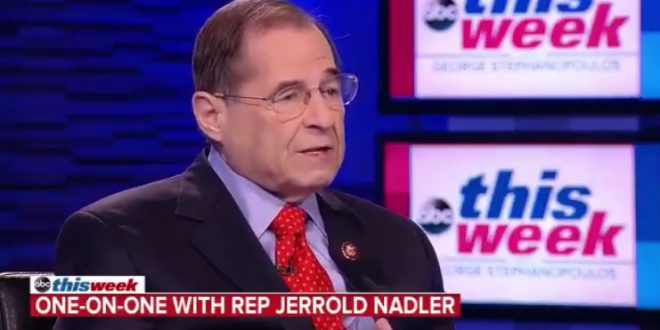 House Judiciary Committee Chairman Jerry Nadler has delivered a slew of document requests as a first step in his investigation into President Trump and his associates, as the White House adjusts to the realities of a Democratic-controlled House of Representatives.

On Monday Nadler revealed his committee has requested documents from 71 entities and individuals, from the White House to Donald Trump Jr. to Trump Organization CFO Allen Weisselberg.

Nadler is probing allegations of obstruction of justice and public corruption. The document request is the largest issued since Democrats took control of the lower chamber in January, and all the subpoena powers that come with it.

The Judiciary Committee will “begin the investigations to present the case … about obstruction of justice, corruption and abuse of power” to the American people, Nadler said.

The counsel’s Office and relevant White House officials will review it and respond at the appropriate time,” Sanders said in a statement. Nadler said he believes it is “very clear” that Trump himself has obstructed justice.

Previous Fox Parts With Gorka After CPAC “Stalin” Comment
Next NRA Host: Foreign Nations Have Never Stormed Our Beaches Because They Know We Have So Many Guns