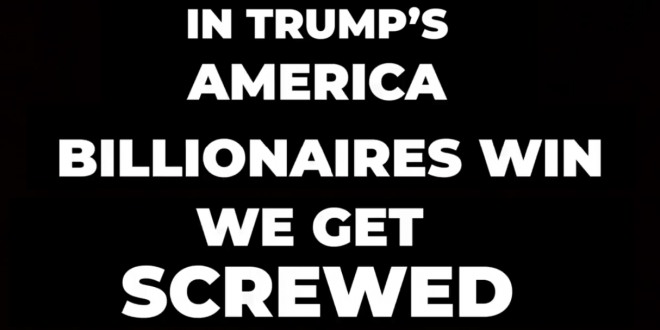 The ads open with President Donald Trump telling a crowd in 2016 that his “only special interest is you, the American people.” They then cut to testimonials from voters who say they were harmed by the Trump administration’s economic policies, as block letters declare: “In Trump’s America, billionaires win.”