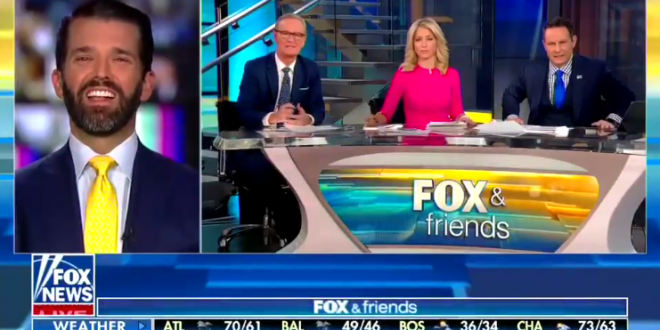 “Fox & Friends” co-host Brian Kilmeade remarked Wednesday that the president’s eldest son, Donald Trump Jr., would have a “great political future” if he decided to run for office. Trump Jr. appeared on the morning program Wednesday after his father delivered his second State of the Union address the previous night. After the interview ended, Kilmeade turned to his co-hosts to praise the eldest of Trump’s children. “Clearly he’d have a great political future should he ever run,” he said.

Junior floated running for New York governor in 2017, saying “the politics bug has really bitten me.”