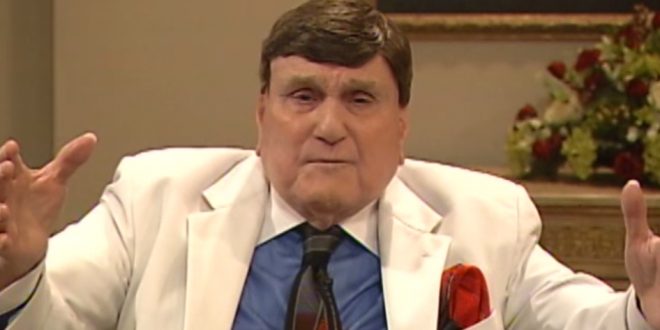 Hit the first link for the transcript of the audio tape in which Angley appears to claim that the encounter doesn’t count as gay sex because neither man ejaculated.

The story about the ongoing dueling lawsuits is really something, even for those us inured to evangelical treachery.

Last year Angley was sued for pressuring congregants to work for free at his for-profit restaurant, telling them they would be “blaspheming against the Holy Ghost” if they refused.

VIDEO: Here’s a November 2018 interview with the young pastor suing Angley for sexual abuse. Apparently his breaking point was when Angley wanted to kiss.